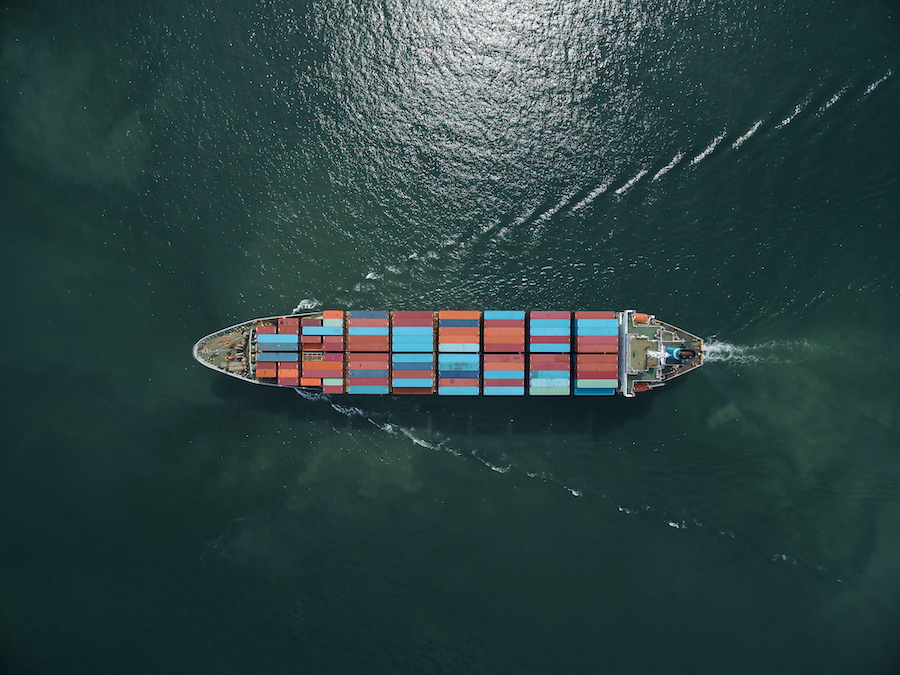 I remember distinctly a few months back counting down to when our partner, a large Taiwanese freight forwarder, would transfer its very first electronic bill of lading (eBL).

It had all the anticipation of a SpaceX launch. I’d cleared my schedule to watch the eBL make its historic transmission from Taiwan to Panama, but when I clicked to login at the appointed time, my heart sank. I’d missed it.

The forwarder who’d received no training, except for watching the demo, had just done it. It was that easy.

I was elated for them, but after the months of development, I sure wished I could’ve seen it!

Since that momentous issue, transfer and surrender of the TradeLens eBL, we’ve had over 150 more with ZERO business interruptions. All of the surrenders have occurred flawlessly from end to end, and the technology has performed perfectly. Once the transfers are complete, the events are being messaged out to broader audiences. There have been zero issues with anything.

Proving that a digital bill of lading can handle any potentiality

The TradeLens eBL is currently being used over a dozen different countries. On top of proving that transportation partners can successfully process a BL as a digital asset from issue to transfer to surrender, we’ve shown that eBL can simplify and speed processes — even in regions with rigorous paper-based customs requirements.

In Panama, BLs still have to be physically endorsed by the carrier at destination and presented to customs and at the terminal to be released. Nevertheless, TradeLens eBL was able to reduce the eBL transfer from days to milliseconds. Once it was received in Panama, it could be printed and presented. All-in-all the process has gone so smoothly that Panamanian customs and the terminal will soon be testing electronic releases. When they can access eBLs and electronically release cargo, we’ll have achieved truly paperless trade.

Trade partners use a variety of BLs and the last thing they need is to have to toggle between systems to transfer the different types of BL they use. We’ve created a differentiated eBL that supports sea waybills and all original scenarios, including to-order bills and open bills. The most complex eBLs are made possible through digital signatures, a blockchain feature which creates a record of transactions of holdership within the blockchain.

TradeLens is providing users with the bridge they need to streamline all their BLs through one system. That bridge extends past the eBL to the other documents that get couched alongside it.

The Taiwanese Freight Forwarder previously mentioned has leveraged the time savings of eBL to cut days off the process of couriering pouched documents from Taiwan to Panama. They’ve also removed the risk of BLs being lost. As a result, document-related delays have been eliminated — as well as the potential detention and demurrage (D&D) costs related to them.

A leading Indian seafood exporter has similarly used the TradeLens eBL to mitigate the risk of a lost original BL — a disaster that can lead to the spoilage of containers worth upwards of USD 200,000. The electronic transfer of BLs is saving them days and weeks by not having to pouch and courier documents. That’s saving them actual courier fees as well as soft costs from potential document delays that lead to D&D charges.

Since the launch of their first eBL, the Taiwanese Freight Forwarder has been able to manage all their BLs on a single platform. In an end-to-end digital process, the carrier issued, the freight forwarder at origin transferred and the agent in Panama received.

TradeLens eBL has made for easier connections among ecosystem members. Members access documents based on permissions, and they don’t have to worry about safety, security or data integrity thanks to blockchain’s immutable audit trail and clear version control. Access to the TradeLens eBL is a particular benefit to the consignee at surrender because it can help prevent delays and provide new flexibility in the event of changes.

Partners leveraging eBL to build resilient processes during a pandemic

The TradeLens eBL has played a pivotal role for the Indian seafood exporter during the COVID crisis. When the pandemic hit, the already slow flow of BLs — a three-week process from issuance to release normally — became even slower. The grounded flights and suspension of courier services upset the process of receiving BLs, processing them and pouching them to the consignee in New York. Necessity ended up being the mother of innovation for this exporter and their trade partners. Adopting the TradeLens eBL freed their BLs and their shipments amidst the turmoil.

They’re now processing 100% of their BLs as TradeLens eBLs. It’s an important test case in a high stakes scenario, and I’m happy to see how well TradeLens performed.

The number of trade partners and countries using the TradeLens eBL is growing steadily. With the recent integration to the TradeLens platform of carriers MSC and CMA-CGM, the interoperability, standards and ecosystem infrastructure are in place for digital documentation to really take off. Ready to pilot?

Are you an importer of exporter? Get in touch with the team at TradeLens to see how the platform can go to work for you

On behalf of Pakistan Customs, the Pakistan Single Window Company signed an agreement with TradeLens to digitize import-export documentation of the containerized cargo moving in and out of the country.

Eswaran Brothers Exports, one of Sri Lanka’s premier tea suppliers for over five decades, became the first exporter out of the country to adopt eBL from TradeLens, a digital supply chain platform underpinned with blockchain technology that allows electronic issuance, transfer, and surrender of original bills of lading.

Explore how TradeLens is shaping the future of global trade. Learn how TradeLens can benefit you by clicking on the information below.

Thank you! Your submission has been received!
Oops! Something went wrong while submitting the form.