How to talk blockchain to deniers, skeptics and agnostics 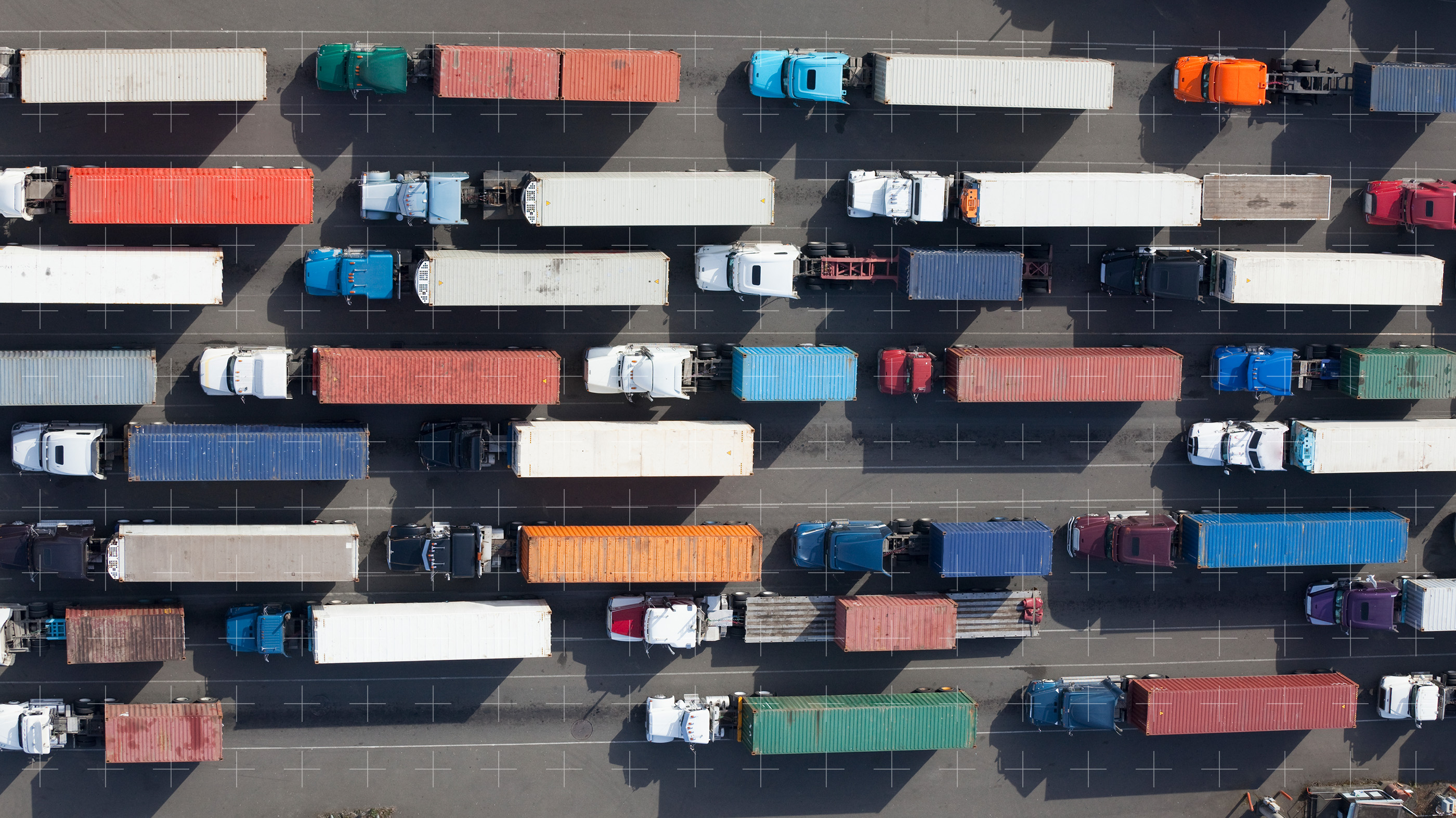 Explaining the basics as well as the big benefits of blockchain technology is something Daniel Wilson, the Head of Strategy and Operations for TradeLens has a lot of experience doing. He’s been involved with TradeLens since the beginning, so he’s very good at explaining how blockchain works to an audience of transportation and supply chain professionals.

For this post, we’ve tapped the substance of a recent interview Daniel did with the IBM Pulse podcast to put together this guide for those of you who find yourself evangelizing unsuccessfully within your organization. Daniel has a down-to-earth way of explaining the need for blockchain-powered platforms, and he’s a big believer in how players up and down the supply chain and across the globe will benefit. His viewpoints can help you deal with the deniers you encounter whether they’re bosses, clients, teammates, CFOs, CEOs or SOs (as in, significant others). Read on!

The gift of container shipping came without instructions

Here’s a short history of modern shipping: There was the invention of container shipping in 1956 by Malcolm McLean, its widespread adoption by the 1970s, the explosion of world trade in the 90s and then remarkable growth ever since.

As container use has grown in volume and to the four corners of the globe, the world has been playing catch-up just trying to find ways to control it, standardize it and streamline it—sometimes successfully, but never universally.

Growth is great until it’s not… it’s complicated

The number bandied about most often is that 90% of the stuff we consume today spent time on a ship in a container somewhere along the way to you, the consumer. But the hoops it had to go through to get it there are astounding. An average end-to-end container shipment involves more than 30 organizations, more than 100 people and more than 200 information exchanges.

“It’s not an industry where people have been champing at the bit to get innovation. Essentially, the last 50 years have seen at best incremental improvements to the way that any part of the business model works,” Daniel says.

Margins in shipping aren’t what they used to be

Nothing good can last forever, though, and around 2010 things started to get a bit trickier. During the global financial crisis, world trade was still growing but slower and essentially the margins and opportunities for those involved in the supply chain essentially went down to near-nothing. “Innovation is needed now that we don’t have any ways we can cut fat out of the way that we do business anymore. We need to find new ways of unlocking and creating value. And that has essentially been the mindset for the last few years about what as an industry can we do to try and drive that,” he says.

During and after the 90s, international trade surged, but the tools enabling that trade barely changed. “The industry didn’t need change,” Daniel says. “We got pretty good at scaling up the physical side of it for the last particularly 30 years. And at that point, margins were still all right, and the actual execution on supply chains was pretty good. And so the innovation was just driving down costs and efficiencies on the operational side.”

We’re an industry in need of innovation that brings it all together, but we still haven’t come together on simple things like standards for the terms we use for things, let alone the incompatible technologies being used. Airport and port codes provide a clear example of this. Daniel’s go-to example? Many people can name the code for their closest airport off the top of their heads: EWR for Newark International, for example. But if you ask shipping professionals for the code for the Port of Newark, your answers will vary even from carrier to carrier and exporter to exporter.

Container shipping can learn a lesson from the airline industry

Most of us take for granted the choreography of information sharing that makes air travel work. When you turn up to the airport, you have to check-in at a certain time and be at the gate at a certain time, and if you don’t, you miss your flight. Pretty simple.

Not so in container shipping, where a manic dance around who is going to be on board precedes every sailing. Ocean carriers give the port the load list—which is basically the manifest for the ship. It informs the port that, for example, at some point, the carrier is going to load a thousand containers. Fast forward to an hour before when the containers are meant to be at the port and the carrier receives a call from the port informing them that one or more of the containers haven’t arrived and asked whether they’re coming or not.

When all is said and done, some customer service rep at the carrier has wasted an hour of their day—and it happens all the time. For everyone involved in the process, it’s a colossal waste of time that could easily be remedied if everyone had instant access to the same information just like they do at the airlines.

Blockchain enables the shipper, forwarder, and port to get the information they need

So what would it take to make that information (i.e. the data) on the truck driver available to the people who could really use it? Well, they’d have to share it in a timely fashion. Don’t we have mechanisms out there that do that? Yes and no. “It’s a lot of Excel files, It’s a lot of EDI connections that break all the time and need big teams to keep going,” Daniel explains. “It’s emails with Excels and fax machines. It’s stacks of paper depending on where you’re going. So depending on where you are in the world and which port you’re going to, the requirements are myriad.”

So what’s stopping people from just putting it all out there?

What’s needed is a mechanism for doing it right, and blockchain fills the bill by answering these three essential criteria:

Blockchain is more than a great big database

People often incorrectly compare blockchain to a database, but blockchain is much more than that. Daniel explains it this way: “It’s a way of helping disparate parties to work together,” he says. And that “fosters the collaboration between teams that need to be collaborating but aren’t.”

Blockchain does this by enabling ports, ocean carriers, truckers, freight forwarders and exporters to share information in a trusted way.

Blockchain is creating new value in an old industry

With the margins pretty much eaten up in container shipping, blockchain brings new hope for creating value. With everything documented in detail online, it’s visible what every player up and down the supply chain is doing and how they’re doing it. The granularity of information that the members of a supply chain ecosystems have access to is literally an order of magnitude greater than that of existing solutions out there today. “Getting that nuanced view of what’s happening in your supply chain will give you the tools as an importer, as an exporter, or as agents to act in a way that is going to help you find the causes of a value destruction and fix it,” he says.

To demonstrate this, we have to return to the example of the trucker waiting at the port while the world searches for them. “Because today when you spend all your time on the phone for an hour trying to find out where the container is, and then the issue that you’re on the phone for resolves itself, that is an hour that you’ve now just unlocked for your workforce to go out there and do root cause analysis and stop that from ever happening again,” Daniel says.

Don’t try this with a spreadsheet

The act of sharing does not a blockchain make. A perfect example of this is the bill of lading, the document connoting ownership of the container. As many as a dozen different parties who don’t know each other interact with that document at some point during transit. They don’t necessarily trust them or they have to rely on a whole bunch of intermediaries to stamp and collect and collate and scan all that information. So the important thing here is we could solve those issues pretty basically on Excel, but “it’s a very risky form of proof, and incredibly sclerotic,” to use Daniel’s words, “in the way that you can go about managing your supply chain.”

The writing’s graffitied on the container wall

With standards being developed and successful pilots underway of TradeLens, a blockchain-enabled shipping platform, Daniel is understandably hopeful. “I think everybody gets that this is something we should be doing. We recognize that as an industry, there is just so much left on the table because information is just trapped in all of these different silos. And because of that and because of a lack of standards, we’re unable to then spur the next generation of innovation within our industry,” he says.

Blockchain’s power is the openness and visibility it enables, but it’s also the price participants must pay to play. “As an industry we’ve got to make sure that we work in a way that is collaborative and does allow for that increased collaboration with other parties, including our competitors,” That’s not always the easiest sell in business, but the alternative is disfunction. “A lot of companies have particular comparative advantages in certain spaces but everything gets drowned out because they’re spending all of their time and money dealing with the zero value-add of getting information all in one place, trying to standardize it and translate it into a consumable format and doing stuff with the information after spending all that time getting it in one place.”

As a result, companies’ ability to maximize on their true capabilities is hampered. But Daniel says, “When you remove that part of the equation for everybody, then people can start focusing on the things that they are really good at.” What skeptic wouldn’t like the sound of that?

No one likes to wait and everyone loves a value

In Daniel’s boil down: with blockchain, small amounts of value can be created across the entire supply chain ecosystem because people no longer have to wait for information or actionable instructions. The real magic happens when they can take that as a given and start using that in their day-to-day businesses.

Ready for a deeper dive? Listen to the full podcast featuring Daniel Wilson on Blockchain Pulse. Or read IBM’s Blockchain for Dummies.